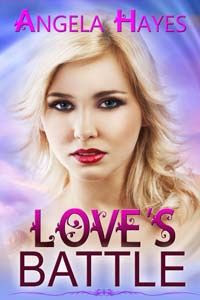 
“If love isn’t worth fighting for, what is?”

Love Howard has more than a knack for matchmaking. Born from a forbidden passion and a twelve-hundred-year-old promise, she and her sisters can literally see true love. And while Love has no problem bringing other couples together, her own romantic life could use a little help.

Danton DeAngelo has always been well grounded in reality. So it throws him for no small loop when the woman he’s fallen for believes that she’s been reincarnated eleven times and can actually see true love.

Now Danton is faced with the biggest decision of his life. Accept Love for who she really is, or walk away from her forever.

How much of ourselves do we put into our characters?

It’s a question many authors are asked at one time or another in their career.
For me, there is a very good bit of myself in Love Howard, main character of my debut novel, Love’s Battle.
I spent the majority of my childhood in Maryland, where Love’s Battle takes place and have been to nearly all of the places mentioned in her story.
There’s the Inner Harbor- amazing in and of itself.
Camden Yards- I can’t tell you how many summers I spent with my family a few rows behind home plate oogling Baltimore Oriole, Brady Anderson from the stands.
Steamed crabs, doused in Old Bay are delicacy that are often imitated, but never duplicated!
Ellicott City- a fun little town
And much more. But that’s where the similarities end. Love after all, is a figment of my imagination. And creating her, I gave her a few things I only dream about.
Love is multi-lingual. I remember only basics of four years of French and the only Spanish I know is not enough to ask how to get to the bathroom.
Her shoes collection and closet is to envied by all. It’s amazing.
She’s got a brilliant memory. Able to remember every single moment of the twelve hundred years she’s lived.
Her car, an Alpha Romeo 8 C Spider, is the stuff dreams are made of.
She can play the harp like a goddess. I’m green with jealousy. I can barely read music!

And to top it off, she can see true love. How can you beat that? 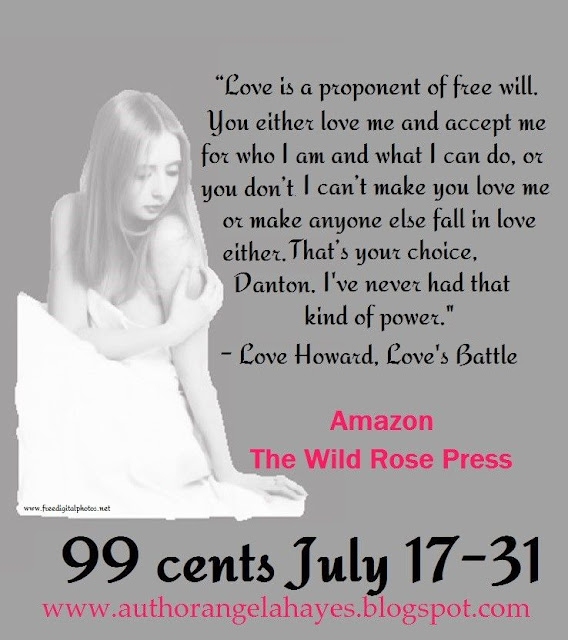 “That was close,” I breathed when we were outside, an entire building between myself and the best man.
“It’s about to get even closer.” Faith smiled, making me instantly wary. I knew what was coming. She’d seen it. They both had.
“What do you mean?” I asked, playing dumb.
“Look at him again, and you tell us,” Hope challenged.
Dutifully I opened the door. Keeping to the shadows, I stepped inside, just enough to get another look at Danton DeAngelo. There he was laughing with his friends, what a beautiful sight. Male perfection bathed in the same powder blue light that all souls gave off when they were destined to be together. Blowing out a breath, I closed the door and faced my sisters.
“He’s blue.”
“He’s not the only one, honey.” Hope smiled, holding out a compact mirror she had pulled from her purse.
Snatching it from her, I peered into the reflecting glass. There was my image, the one I’d spent twenty five years looking at, the one I saw mirrored in the face of my sisters. Except, unlike yesterday, I could now see a telltale blue glow around my face. Faint at first but growing stronger with every second. Closing the compact I could see the glow encompassing my hands. I looked down and around. Like a bad rash, it was all over me.
“I’m blue!” I declared, pointing out the obvious.
“True blue, true love. YOU are the future Mrs.Danton DeAngelo.” Hope gloated taking her compact back.
“Ah damn!” I whined.

A married mother of two, I split my time between bringing characters to life by computer, and yarn to life with needle and hook. You can find me at www.authorangelahayes.blogspot.com where I help connect readers and the authors they love.