It's been a dog's age since I've been around the blog, and I have immense apologies and updates on that coming very soon!

But today, we have a lovely guest post by a new friend and fellow author, J.L. Gribble.

J.L. and I met last month at the In Your Write Mind conference in Greensburg, PA. Her debut novel dropped on June 26, at a fabulous book signing, and sold like hotcakes! There's a lot of reasons for that: number one, because the book is fantastic! (more on that in a moment) First, some of the nitty gritty - the book cover and blurb, and our post from J.L. ;-p Enjoy. 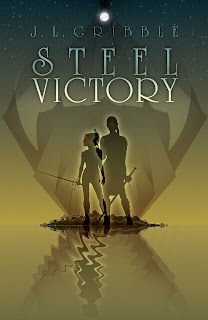 One hundred years ago, the vampire Victory retired from a centuries-long mercenary career. She settled in Limani, the independent city-state acting as a neutral zone between the British and Roman colonies on the New Continent.

Today, Victory is a city councilwoman, balancing the human and supernatural populations within Limani. Her daughter Toria is a warrior-mage, balancing life as an apprentice mercenary with college chemistry courses.


Hello! My name is J.L. Gribble, author of the urban fantasy/alternate history novel STEEL VICTORY, and I’m popping in because I heard this is where all the sexy books were. (I have not been disappointed.)

Our lovely hosts invited me to add to the discussion and introduce you all to my new novel, which features vampires and other paranormal races, along with human magic users. Traditionally, in paranormal romance and much of “standard” urban fantasy, these are the characters getting all of the sexy bits. Unfortunately, I’ve got bad news for you. There’s no sex in my book.
“Oh geez,” you’re all thinking now. “What the hell is she doing here then?”

Well, hopefully you’ll stick with me while I try to explain my reasoning. 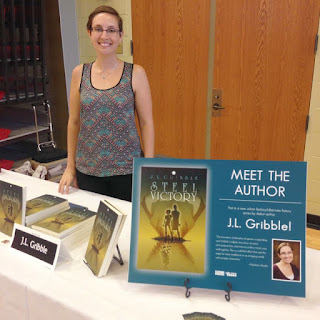 STEEL VICTORY was written as my thesis novel in graduate school, which I attended during the height of the Twilight craze. I’m a bit of a closet hipster, so I was determined to go against the grain. My vampire was not going to have a sex scene in my book. While I definitely appreciate the sex appeal inherent in the vampire state (in fact, the 20-page research paper I wrote on this in college goes into quite a bit of detail on this aspect of the traditional “horror” monster), I didn’t feel that it was a necessary part of the character itself.

My goal was to write supernatural creatures with just as much depth and complexity as any “human” character, without taking the shortcut of only leaning on their otherness as a substitute for proper character development.
That’s not to say that Victory, Master of the City of Limani, is an asexual creature or without any sort of companionship. In fact, as of the events of the novel, she has been in a committed (romantic and sexual) relationship with her daywalker (my variation on the “human servant” trope) for almost a hundred years. However, I believe that in every good story, regardless of length, every scene and every interaction should have a purpose. And I could not find a place or a purpose for a sex scene in my book.

One of the methods of conflict that I employ often in my own storytelling is the idea of pushing my characters to the limit. I put them through hell. And part of putting Victory through hell was putting Mikelos, her daywalker, in a position where the two characters having sex was out of the question, while also doing so in a way that has the reader accepting and supporting that narrative decision. (Nope, I won’t tell you how I manage it. Sorry not sorry. Spoilers….)
Take a moment to think critically about the best erotica you’ve ever read. Chances are, every sex scene in the book had a greater purpose than just titillating the book’s audience. I had to do the exact opposite: make every scene between Victory and Mikelos serve a purpose that did not lead them to having sex.
Thanks for hanging out with me while I critically discuss my own work, and hopefully you’re intrigued enough to give STEEL VICTORY a chance.


Despite the lack of sex.

And now for my review! Five out of Five Divas!
So this story was a bit on the outskirts of what I usually read. But like J.L. said - give it a chance, despite the lack of sex! I did, and boy am I glad for that. This story transports you to the beautiful world of Limani, full of intrigue, paranormals, and wonderful characters. I enjoyed getting transported to this new world and getting inside the heads of Victory and her daughter Toria. These ladies eat danger for breakfast, and I couldn't wait to see what trouble they found around every corner, as they worked to save Limani. The heat level, of course, is 0 Divas, but don't fear, Divettes, this book won't leave you wanting. As soon as I was done reading, I went, "where's the next one????!!!" Well, I know that J.L. is working hard on the next book in this series, and I, for one, can't wait for the next installment.

And I have it on very good authority that there is hope for readers to get to see behind the curtain of the beginning of the relationship between Mikelos and the lovely Victory.

Be sure to pick up your copy at these locations: 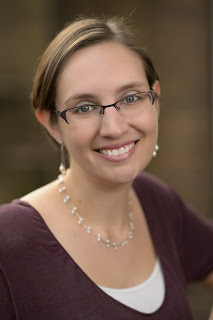 By day, J. L. Gribble is a professional medical editor. By night, she does freelance fiction editing in all genres, along with reading, playing video games, and occasionally even writing.
Previously, Gribble studied English at St. Mary’s College of Maryland. She received her Master’s degree in Writing Popular Fiction from Seton Hill University in Greensburg, Pennsylvania, and STEEL VICTORY was her thesis novel for the program. This is her debut novel.


She lives in Ellicott City, Maryland, with her husband and three vocal Siamese cats. Find her online (www.jlgribble.com), on Facebook (www.facebook.com/jlgribblewriter), and on Twitter and Instagram (@hannaedits). She is currently working on more tales set in the world of Limani.

Well that's it for us today, ladies and gents.

Thanks so much for stopping by!!
Posted by Rachell Nichole at 6:00 AM